Why must we make things so complicated? 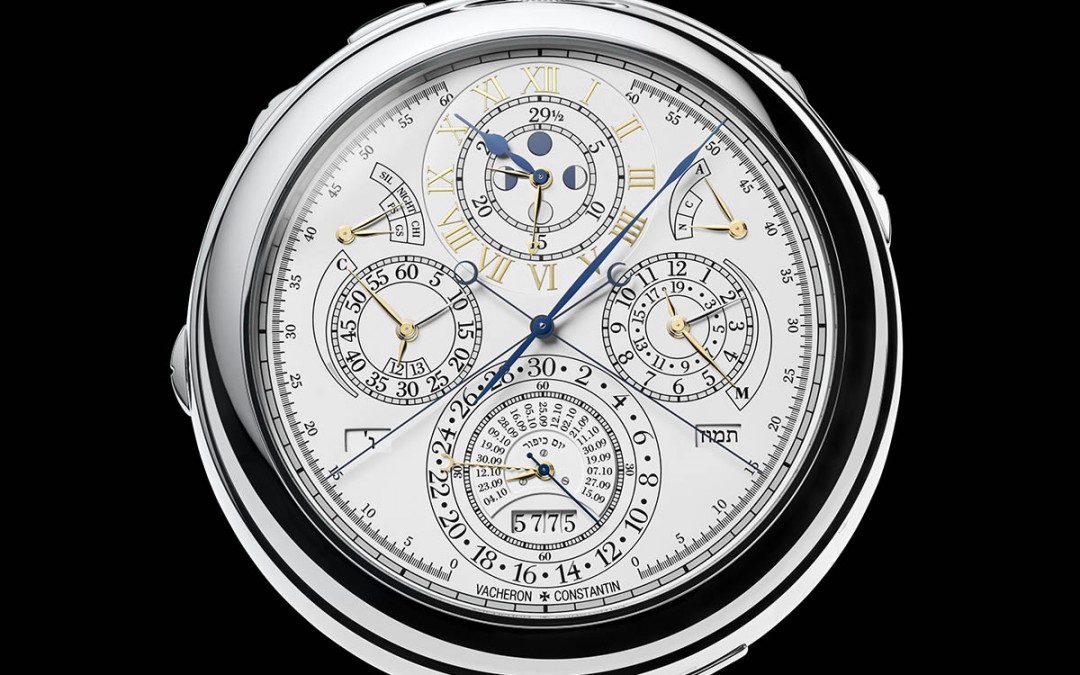 A brief look at watches, clocks and other timepieces, and our timeless fascination with spinning gears 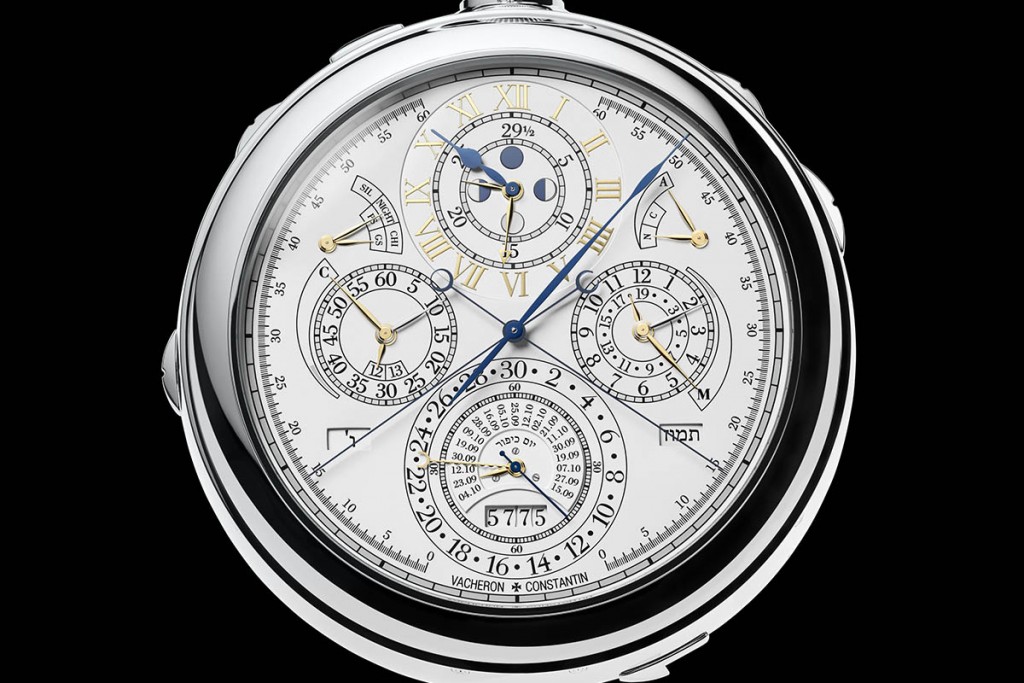 What is a complication?

This is the face of the world’s most complicated watch, by Vacheron Constantin. Dubbed rather unimaginatively as Ref. 57260, this watch has fifty-seven complications of 2,800 movements inside a case made from more than two pounds (!) of gold. A watch complication is essentially any movement that displays more than the mere hour, minute or second. Among other things, this watch displays the Metonic scale of the Hebrew calendar, the first of its kind.

Someone is really showing off here. In fact, that is the point of such works of art. Not only to show off the taste, refinement and wealth of their owners but to display the awe-inspiring talents of fine craftsmen exerting their machining skills to the utmost. It certainly is not about telling the time, which a cheap digital watch can do every bit as well if not better.

What a digital watch doesn’t have is this: 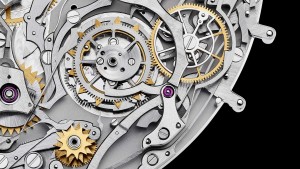 The cases of such watches usually have transparent crystal backs or windows that allow the wearer a privileged view within, and it’s a rare person who can resist the siren’s call to pore over every milled and machined surface, to get lost in the depth of detail and precision that is as hypnotizing and eternally beguiling as staring at the flames of a fire.

In the early days of clock making, most complex assemblies were not created for vanity but to answer some very real and practical needs of timekeeping. Up to the 17th century, clocks and watches in Europe were not accurate or robust enough to be relied upon at sea. And without accurate timekeeping for sailors it was therefore impossible to calculate exact longitude. Not knowing longitude – your position East or West – meant that sailing ships all too often ran aground or broke up on the rocks when they bumped into a continent they didn’t expect.

Clocks were especially vulnerable to the effects of gravity, temperature and pressure fluctuations, magnetism and vibration – all problems that would be compounded by the rocking and tossing of a ship on the waves in all kinds of weather.

Compensating for all of these factors in a portable device had frustrated men for centuries, and the very real implications for global commerce and the building of a colonial empire inspired the British Parliament to hold a contest to create the first truly reliable nautical clock, with a prize that today would be worth millions of pounds. 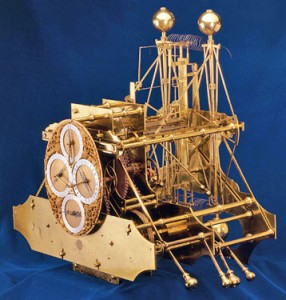 After several prototypes and many years the problem was finally solved by the brilliant carpenter and self-taught clockmaker John Harrison of England. He is credited with inventing many of the mechanical features still found in mechanical watches, like the escapement, and his timepiece eventually proved itself worthy – although he was ultimately denied the top prize from the British Parliament due to the jealousies of lesser men.

Monsieur Jaquet Droz was responsible for making early robots/computers in the form of several automata, or human-like dolls which performed realistic motions according to programmable gears and levers. Although now over 240 years old, the Writer still works, and can write messages on paper while rolling its eyes and even blowing pencil dust off the page. 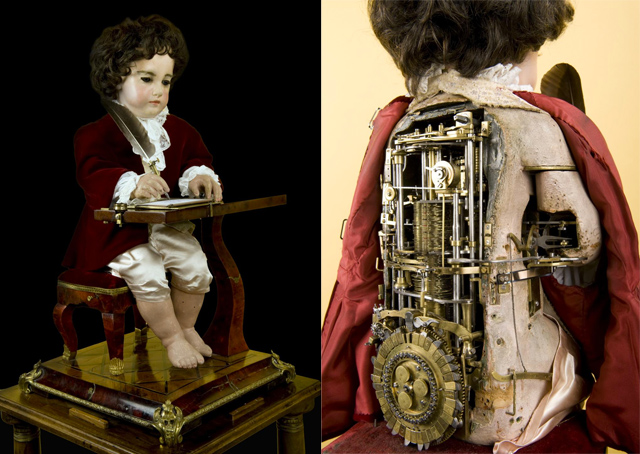 It was both successful and disturbing to the powers of the day, who considered it heretical and locked the doll in a Spanish prison for a time while its fate was determined.

A modern update of this idea was recently created by another watchmaking firm, also by the name of Jaquet Droz, in homage to their spiritual forebear. 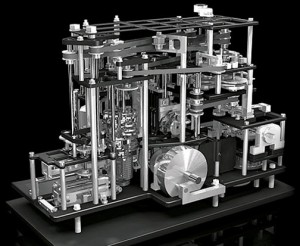 This clock has 1500 moving pieces and can print the time using more than 1400 characters. It’s the perfect example of a Rube Goldberg machine – doing something simple in the most complicated and indirect way possible. Pointless, and beautiful.

In any case modern atomic clocks can now keep the time to a precision undreamt of in the past, but we still admire the immense skill and patience it took to create such masterful mechanical devices, especially at a time before the advent of CNC machines, computers or advanced metrology equipment. As long as people continue to make things from metal, fine watches and other such geared devices will remain one the highest expressions of the machinist’s art. 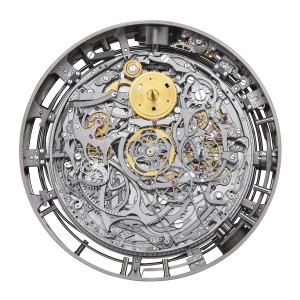