What kind of Superpower Could China be?

Rarely do I read an article, especially one on the BBC, that genuinely reflects the reality on the ground here in China. This article is balanced, educated and based on the reality of the Chinese collective mentality. I, like so many other expats here in China, despair at the ignorance of foreign journalists and politicians that map their small minded expansionist colonialist mentalities onto the Chinese. Until the end of the eighteenth century China was the largest and most powerful country on earth in both economic and cultural terms. Why is it such a surprise to anyone that once again they will regain that position. A great read:

A Point Of View: What kind of superpower could China be? 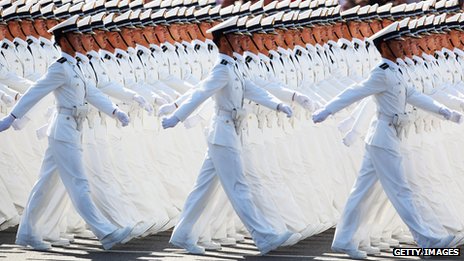 China is on course to becoming a superpower – but not in the way many expect, writes economist Martin Jacques.

Beijing these days is positively throbbing with debate. It may not have the trappings of a western-style democracy, but it is now home to the most important and interesting discussions in the world.

When I addressed an audience of young Chinese diplomats at their foreign ministry a year ago, it was abundantly clear that a fascinating debate is under way about what kind of foreign policy might be appropriate for the global power China is in the process of becoming.

What will China be like as a superpower? You might think it is already – it is not.

Its military power is puny compared with that of the US. While America has 11 aircraft carriers, China only commissioned its first last month – based on, of all things, a Ukrainian hull.

And its global political influence is still extremely limited.

The only sense in which China is a superpower is economic – that is, its economy is already over half the size of the US economy and projected to overtake it around 2018, notwithstanding its reduced growth rate of 7%. But this is overwhelmingly a function of China’s huge population. In terms of technology and living standards it lags far behind the US.

So when we speak of China as a superpower, we are talking about the future.

A common reaction to the idea of China as a superpower is that it will be like the US – except worse. Worse because it is not a democracy, it has a communist government and because its people are not like us. I guess that gives some the jitters.

In fact we should not expect China to behave in the manner of the US. It will be very different. And nor should we assume that it will necessarily be worse.

Why will it be different? Because its history is so different. Articles about China’s growing involvement with Africa – in terms of trade and investment – often talk of the “new colonialism”.

Beware historical ignorance. China has never colonised any overseas territories. Overseas empires were a European speciality, with Japan getting in on the act for a short while too.

China could have colonised South East Asia, for example, in the early 15th century. It had the resources, it had enormous ships, many times bigger than anything Europe possessed at the time. But it didn’t. 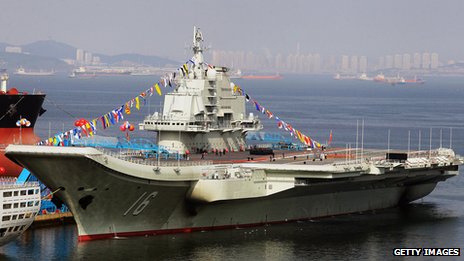 That is not to say China ignored its neighbours. On the contrary. For many, many centuries it dominated them – as a result of its sheer size and far more advanced level of development. China’s relationship with them was based not on colonialism but what we now know as the tributary system. It neither ruled them nor occupied them. Rather, in return for access to the Chinese market and various forms of protection, the rulers of tribute states were required to give gifts – literally tribute – to the Emperor as a symbolic acknowledgement of China’s superiority.

The tributary system comprised what we know today as East Asia, home to one-third of the world’s population. It stretched from Japan and Korea to the Malay Peninsula and parts of Indonesia.

It proved remarkably stable, lasting for at least 2,000 years and only coming to an end around 1900.

The West and China share an important characteristic – they both believe they are universal, a model for all others. But the way they have interpreted this in practice has been entirely different. For Europe, and latterly the US, it meant projecting their power around the world, most spectacularly during the heyday of colonialism in the 19th and first half of the 20th Century, when a large part of the world found itself under European rule.

We governed from afar, exported our ways of doing things, imposed our languages, our education, our religion and much else besides. 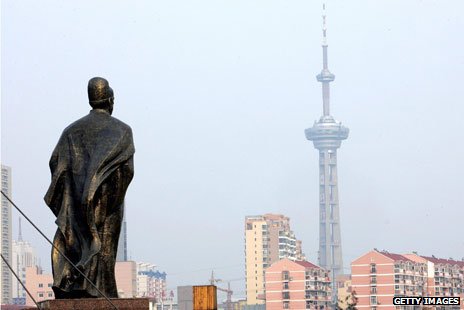 Zheng He’s statue looks across to the city of Nanjing

The Chinese, in contrast, preferred to stay at home. They believed the Middle Kingdom, the old name for China, literally meaning the centre of the world, was the highest form of civilisation. So why step outside into ever darkening shades of barbarianism?

The seven great voyages of Zheng He between 1405 and 1433 around the East and South China Seas and across the Indian Ocean as far as East Africa left no permanent mark – they were about demonstrating the glory of the Middle Kingdom rather than a desire to conquer. Those who left China to settle in South East Asia were seen as leaving civilisation and deserving of no support or protection by the Emperor.

Compare that with the way in which Britain and France celebrated the heroes of their colonial expansion. Our cities are littered with statues and street names in their memory.

There is another reason why the Chinese have tended to stay at home. The country is huge, diverse – and extremely difficult to govern. The overwhelming preoccupation of its rulers down the ages has been how to maintain order and stability and thereby retain power. It remains just as true today.

Rather than look outwards, China’s leaders look inwards. The exception was China’s own continental land mass. Its expansion, rather than to the four corners of the world, was confined to its own continent.

The most dramatic example was the westward march of the Qing dynasty from the mid-17th Century which, in a series of bloody and brutal wars, doubled the physical size of China.

So what, you might ask, does all this history tell us about how China might behave as a great global power? A great deal. 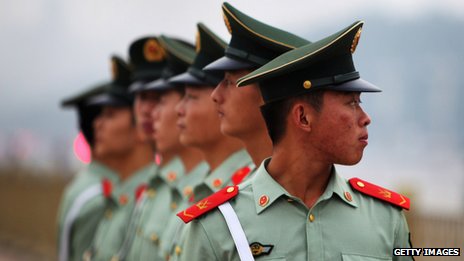 Europe, I would argue, has historically been an extremely aggressive and expansionist continent. Its own history has been characterised by seemingly endless wars which were then transplanted onto a global stage during the era of colonial expansion and world war. Military might, the projection of power around the world, and the desire if necessary by force to impose our way of life on others, have been fundamental to the European story.

And it is not difficult to see how the US – itself the product of European overseas expansion and settlement – inherited these characteristics from us.

China won’t be like this. It is not in its DNA. Its rulers will be far less interested in seeking to dominate the rest of the world and far more concerned with keeping themselves in power. That is what ruling a country containing a fifth of the world’s population obliges. When Xi Jinping becomes Chinese leader next month, his in-tray, as with Hu Jintao before him, will be overwhelmingly filled with domestic rather than foreign issues.

In time China will certainly come to enjoy huge global power. It will be exercised, however, in a rather different way.

The iconic form of western power has been military. Extraordinarily, the US today accounts for around half of global defence expenditure. Before, European colonial expansion was only possible because its fighting capacity was massively superior to that of the rest of the world.

That kind of overweening military power has never really been a Chinese characteristic.

Instead the quintessential forms of Chinese power will be economic and cultural. Over time, China’s economic strength – given the size of its population – will be gigantic, far greater than that of the US at its zenith. Already, even at its present low level of development, China is the main trading partner of a multitude of countries around the world. And with economic power will come commensurate political power and influence. China will, if it wishes, be able to bend many other countries to its will.

Cultural power will also be important to the Chinese. Theirs is a remarkable civilisation – having enjoyed a place in the sun not once but several times. During the Tang dynasty, for instance, from the 7th to the 10th Century, and most remarkably during the Song dynasty from the 10th to the 13th Century, with major advances in a host of fields from biology and hydraulic engineering to architecture, medicine, mathematics and cartography.

The Chinese are enormously proud of their historical achievements. They believe that theirs is the greatest civilisation there has ever been.

They have a strong sense of their own superiority rooted in history. They have long had a hierarchical view of the world, with China at the top. And the rise of China is likely to accentuate these views.

But don’t expect the Chinese to be impatient about their rise. In 1972 Henry Kissinger is reputed to have asked Zhou En Lai, the former Chinese premier, what he thought of the French Revolution. Zhou En Lai’s response: “It’s too early to know”.

The Chinese have a completely different conception of time to Westerners. Whereas Americans think very short, the Chinese think very long.

For them a century is nothing.