Things to be proud of about Zhongshan! 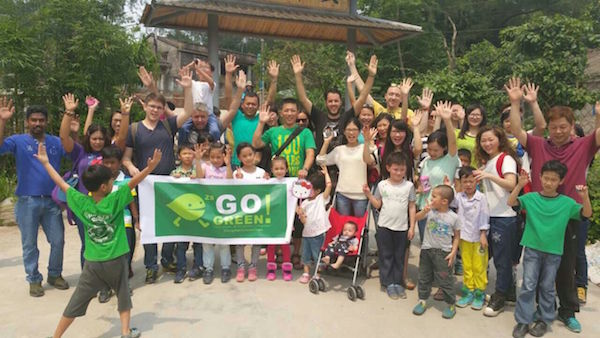 We at STAR are very fond of our adopted hometown and we’re proud to play a role in keeping it a nice place to live and work. From time to time we’d like to keep all of you updated on recent events happening in and around town.

The Zhongshan Foreign Affairs Council is a municipal-level government body that seeks to improve communication and cooperation between the local Zhongshan citizenry and the many expatriates who live and work here, numbering now near two-thousand strong. The ZSFAC has a standing committee that consists of a Chinese liaison, Gavin Yao of the Zhonghan Foreign Affairs and Overseas Chinese Bureau, and several foreign members of the local business community, including our own Mr. Gordon Styles and Mr. Jerry Grey.

One of the oft-expressed concerns among many expats is the lack of English-language signage and maps. Even for those who speak Chinese – either the local dialect of Cantonese or the more standard Mandarin – the complexities of the written language can be daunting and make finding your way around town a particular challenge. In answer to this, and after considerable work, a new English-language city map has been produced and is now being distributed throughout town. An online digital version, and more information about Zhongshan generally and the good work of the ZSFAC, can be found at www.zsrenn.com

Zhongshan is growing rapidly, and along with the usual new shopping centers and apartment complexes there’s also a need to improve upon the availability of public parks and green spaces for the people to share and enjoy. The local parks and recreation department is inviting people to suggest ways to improve parks for children, while the Tourism Bureau is sponsoring a contest for a new logo and slogan to be used in promoting Zhongshan as a tourist destination. 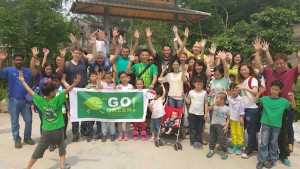 As a national-level model “green” city, Zhongshan is always trying to improve environmental awareness. There is already a widely used public bicycle system in place, but in our inclement weather sometimes the bikes, when parked, are exposed to too much rain or too much sun. Another public solicitation is therefore underway to approve of new designs for bike shelters. And we also have our own dedicated environmental group, “Zhongshan GoGreen!”, started by an expatriate who’s enlisted a core group of volunteers to help teach the importance of things like cleaning up rubbish and planting trees, and next week there’ll be a lecture about hydroponic farming in your own home! More information about them and their work will soon be available on their website, now under construction. 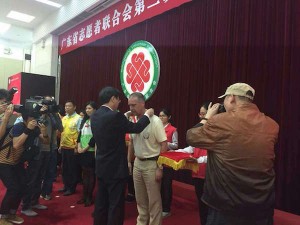 We mentioned before about Mr. Jerry Grey working at STAR to develop our in-house training program. He’s also been instrumental in helping the ZSFAC to create the English-language map we spoke of, among other projects. Mr. Grey has also through the years been supported by STAR and many others in his charitable efforts, both locally and throughout China. In April of this year, at a ceremony in Guangzhou, Jerry received from the governor of Guangdong Province a “Volunteer Service Award” medal, the first and only foreigner in Guangdong to be so recognized. It’s a fine tribute to Jerry personally, as well as a demonstration of the ongoing efforts of the local government to work hand-in-hand with the foreign community to continue to improve the lives of all.