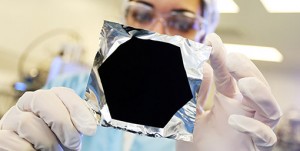 Is black actually a color? Is white a color? The answer to that depends on who you ask, and for what purpose. That question is also important for product designers and others interested in the aesthetic effects of color choice, and it’s now currently a hot topic with the introduction of Vantablack, the blackest “color” that humans have ever made and one which may change the way we think about three dimensions.

There are a couple of competing theories about exactly what color is. From a physics point of view color is what comes from a beam of visible light, split up into different wavelengths. Put all those wavelengths together at one time and you get white. Split them into discrete bundles and you get all the colors of the rainbow. In this case, black is the absence of light and hence not a color.

If you think of color as a pigment or molecular additive, like artists do, white becomes the absence of pigment and black is all the colors put together.

In all the cases when we see a color, we are depending on light to reflect off a surface and back to our eyes where we then interpret it as one of the known colors. (Some say up to 15 million possible visible wavelengths.) But what if nothing comes back?

First, a little history. Back in the 90’s, NASA and other organizations trying to peer into the depths of space needed to find a way to block out all incidental or reflected light so that sensitive telescopes and other instruments could get a clearer view of the night sky. 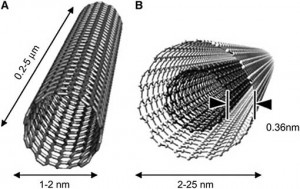 They eventually settled on the use of carbon nanotubes, which are atomically small structures of pure carbon that could withstand the rigors of space travel while absorbing light. Now, a company in England called Surrey Nanosystems

has improved the process to create a more user-friendly coating they call Vantablack, which is an acronym that stands for “Vertically Aligned Nanotube Array.”

Basically, tiny filaments of carbon nanotubes stick up from the surface of a substrate. Their dense arrangement ensures that any beams of light that strike the surface get bounced around between tubes, eventually being absorbed in the form of heat. Light goes in but it doesn’t come out. None of it. 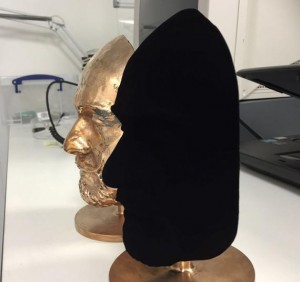 The effect of staring at a swatch of Vantablack is said to be like staring into the void – a void utterly without depth, dimension, or form of any kind.

Can colors be patented?

Now the use of Vantablack in the UK has been exclusively licensed to an acclaimed artist named Sir Anish Kapoor, who intends to apply it in his sculptural work which is famed for exploring the concepts of positive and negative spaces, reflectivity and absorption. But other artists are crying foul and wish to have access to the blackest black there has ever been.

We humans use color to help define an object’s shape as well as to suggest depth, density and other physical attributes. Vantablack has the ability to create the illusion of infinite depth, and erases all three dimensions to create an abstract nothingness without dimension.

How this may be used by product designers in the future remains to be seen, and there are also some potential health issues that need to be addressed concerning the possibility that such microfibers of carbon can be carcinogenic. But it’s fascinating to consider that you may soon have another ultimate color to choose from in your pallet of design options on future projects. Stay tuned to Star for more on this as it develops!