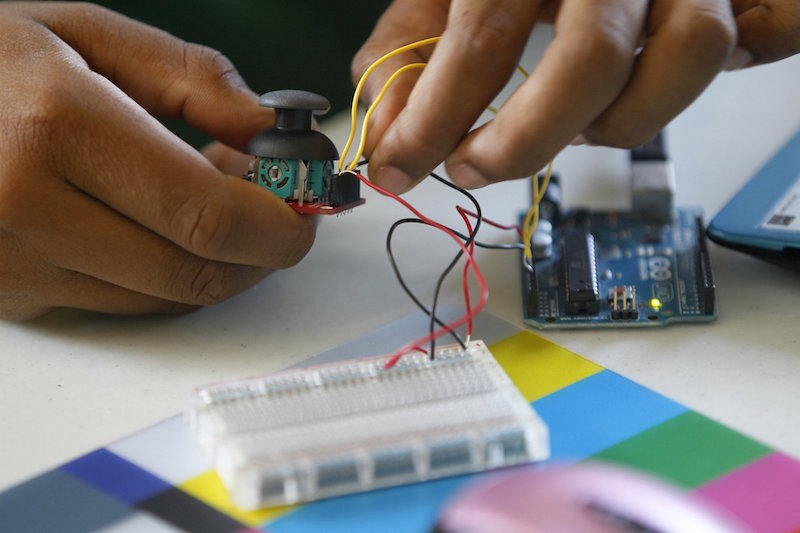 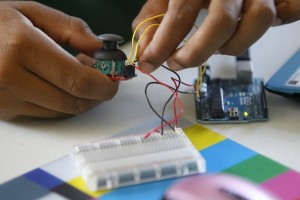 Back in the day, American public schools had a varied curriculum to provide to their students. In addition to the traditional courses in math, history, geography and English literature, there would be elective courses in one of several practical or shop-related skills: wood and metalworking, electronics, or small engine repair for example. These skills were deemed essential for a well-rounded adult to handle the daily chores of an industrialized society. Even if you spent your working life behind a desk, a real man had to know how to work on his car’s engine under a shady tree on the weekend, while real women had to study sewing and balancing the family’s checkbook. (Sorry ladies, but that’s how it was.)

Now our cars are computer-controlled and far too complex to tinker with, and most of our appliances and toys come with sealed black boxes containing mysterious and impenetrable electronic widgets that would be considered witchcraft in an earlier day. But the desire – some would say, the need – to make or fix something with our own hands and minds is a primal one, long driven underground by a compartmentalized economic and social system, but one which is finding new scope in a variety of revolutionary and compatible developments. Many American and European homes have a dedicated space set aside as the workroom or shop, and here can be found a DIY spirit very much alive but hidden from view. Hobbyists, tinkerers, itinerate inventors, craftsmen and artists of every stripe work outside the mainstream, but are now starting to collaborate in fascinating ways, and new technologies are making this possible.

Take for example the so-called “maker” movement, started in the Bay Area of California in 2005 with the publication of Make: magazine. Inspired by the idea that we have the ability, and the right, to bend technology to our will, makers are encouraged to gleefully takes things apart and see how they work. Cellphones, computers, flying toys, appliances, motors: all of it is raw material to be repurposed, hacked and mashed into something new and different and innovative. 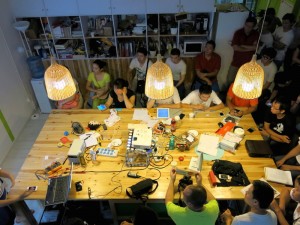 Makers began to collaborate at Maker Faires, where DIY people come together to share their ideas and inventions. Some are merely whimsical (nothing wrong with that!) while others represent grassroots attempts at solving vexing problems like climate change or energy sustainability. Make: and Cornell University have even collaborated to sponsor a Pitch Your Prototype Challenge, where the lay reader gets to vote on their choice for the prototype design that is the most innovative, useful and commercially viable. Winners get $5000 and a chance to turn their idea – often a rather crude or simple prototype – into a more polished and sellable product.

Websites like Inventables offer all the hardware, tools and materials inventors need to create their visions, but not everyone has access to the shop space or big equipment that some projects require. Machinery can be expensive, and really how often do you need access to a water jet cutter? That’s where TechShop comes in. Affiliated with the Maker culture, TechShop was started in Northern California in 2006 to meet the needs of builders who don’t have access to decent equipment or the space to use it. It was also meant to address a growing depletion of fundamental building skills in the American population, especially among school children, as more engineering and manufacturing work gets outsourced to other countries. TechShops are a membership-based group of affiliated workshops, open 24/7, with on-site training and instructors to allow anyone to use the best equipment to hack and invent to their heart’s content. 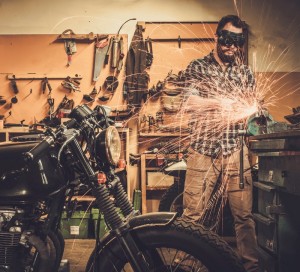 A nation’s prosperity depends upon certain essential skills to add real value to the economy, and that comes from innovation and manufacturing. Young learners especially have suffered as shop classes have disappeared from the curriculum of most schools, since precious funding is being diverted instead to math and science to the exclusion of all else. But children love to get their hands dirty, to play and experiment and discover through touch and smell. If we’re going to have product designers of the future, then we need to invest in that inventive curiosity now, so these convergent developments are a big help for the makers of tomorrow.

Next time, we’ll talk about some of the other ways new technologies are coming together to support the maker movement and encourage average people to make their world as they envision.